A productive few nights of coding brings a new feature to The Beer Stash! This was a feature that I’ve been most interested in getting done - Beer Streams!

Think of it as Twitter for Beer. I guess. I wanted a way for users to keep up with what other users are stashing, and this seemed like the best way. Each user page now has a “Add to Beer Stream” button. On the user is already in your Beer Stream, then the button will be used to remove them. 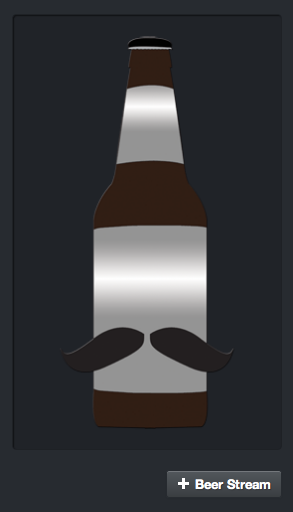 There is a new “Beer Stream” menu link which takes you back to the Beer Stream.